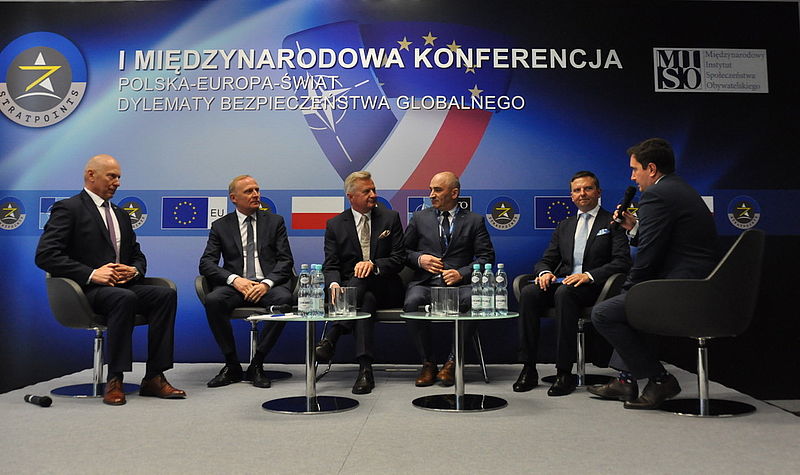 On May 9, 2019, at the NIMBUS Conference Center in Warsaw, an international conference from the series “Poland-Europe-World. Global Security Dilemmas” on the subject “The European Union and NATO as a Foundation of the Euro-Atlantic Security System. Poland’s Position - Success or Unfulfilled Expectations?” was held by the Stratpoints Foundation of Security and Development, as well as the International Institute of Civil Society (IICS).

The conference’s objectives were a summary and evaluation of Poland’s twenty year membership in NATO and fifteen year membership in the European Union, as well as an attempt to look at the way NATO and EU policies are shaped within the perspective of the next decade.

During the discussion on the issue of the confrontational policy of Russia, former Polish Ambassador to Moscow Katarzyna Pełczyńskiej-Nałęcz assessed that, today, the superpower is no longer showing a willingness to conquer new territories. Rather, the Kremlin depends on influencing decisions and splitting the unity of the West. In her opinion, it is important to think of Russian policy towards Poland from Russian perspectives that are distinguished by three features: the recognition of military resources as key in foreign policy, the perception of security in a very traditional manner - Russia needs to be surrounded by friendly countries, because otherwise it feels threatened — and an “American fixation”, i.e. the recognition of Washington as a main opponent and NATO members as merely there to extend the American empire (and not as sovereign players). The panelist also noted that Russia’s means of military action relies on the fact that it doesn’t strike its primary adversary (the US) directly, but on the periphery where there is no risk of frontal confrontation. Examples of such actions are Ukraine, Syria and Venezuela.

However, Vice President of Stratpoints Foundation, former Deputy Director of the NATO Intelligence Board and former Defense Attaché of the Republic of Poland in Washington, Brigadier General Jarosław Stróżyk, urged the conference not to belittle Russia’s military potential. He pointed out that, admittedly, while Moscow isn’t fully realizing its plans of modernizing the army it is still accepting 8 helicopters to be outfitted per month. Meanwhile, the Polish Ministry of National Defense entered into a contract to receive 8 such machines in the course of the entire current parliamentary term, with delivery taking several years. General Stróżyk showed that Russia has endeavored to influence the political decisions of the largest NATO states, interfering — for example — in US elections. – I agree in regard to hybrid threats, but we must also look at the real, growing military strength of Russia – he said.

In turn, the former head of the Military Counterintelligence Service, Reserve Brigadier General Janusz Nosek, called to mind that Russia is and still will be a neighbor of Poland. – And therefore we must somehow work things out, as a confrontation neither serves our neighbors, Europe, nor the North Atlantic Alliance – the general stated, reasoning that western allies expect Poland to be a bridge connecting them with Russia, and not just a bulwark. Nosek judged that the lack of contacts with Russia is not a Polish success, but a failure.

The President of the Stratpoints Foundation, Reserve Lieutenant General Mirosław Różański, reasoned that industrial aspects are very heavily related to the threats with which Europe is contending. –  I always repeat that the European Union provides development, and NATO provides protection. We should build the capacity of the European Union, but should not at the same time disavow that which is a NATO achievement — the general appealed.

The former head of the Armaments Inspectorate and current Vice President of Stratpoints Foundation, Reserve Brigadier General Adam Duda, expressed fear related to the possibility of Poland’s participation in the European Defense Fund. – Given the current state, I’m a little skeptical. At this moment the train has left the station. If we don’t take our seats now, then in a moment it will be going so fast that it will be too late – Duda assessed. He judged that Polish arms companies need great competence and strong support from the government to take advantage of European funds.

Former President Bronisław Komorowski mentioned that, together with the entrance into NATO 20 years ago, gaining the ability to fulfill commitments we undertook entering the alliance was an issue of essential weight. This meant the creation of the financial and political bases with which to reform the armed forces. – Such was the genesis of reform, devoting 2 percent of GDP to defense. Since the year 2001, that money has been spent for better and for worse, but progress is evident. From the point of view of 20 years of membership in the Alliance, it should be admitted as an unequivocal success along the same lines as membership in the European Union – noted Komorowski.

The prior President – stressing that this rarely happens — praised the current government for carrying out political continuity within the field of security and integration with the West. However, he lamented that current activities are being conducted blindfolded, with no strategic documents and therefore, in a reactive way. – Unfortunately, the same occurrence in some measure is starting to apply to NATO as a whole, and this is why a deep reflection is lacking on the effects of the new situation that is the phenomenon of Russia’s interference in NATO and the EU - Komorowski said. In his opinion, NATO has not yet built a response strategy that would provide a chance not only for a reaction, but also for pre-emptive actions that would restrain Russia. Per the erstwhile President, that could be an area for Polish political activity.

The former head of The Ministry of National Defense in the PO-PSL government, Bogdan Klich, noticed that some declarations of US President Donald Trump have undermined the trust in the absolute mandate of Article 5 of the Northatlantic Treaty, which speaks to collective defense. He brought attention to the paradox that the Alliance’s political coherence is weaker than in the past, yet NATO is expanding its potential into dangerous areas — including on the eastern flank.

Klich stressed that he has doubts as to ideas regarding the so called strategic autonomy of Europe promoted primarily by the President of France, Emmanuel Macron. – I would prefer that we don’t go too far in this respect. I think that the strengthening of the instruments which are written in the Lisbon Treaty are the right way. A few remain that have not been used so as to mention the necessity to strengthen the European Defense Agency, or the necessity to refine the European solidarity clause, which was used to support France after the terrorist attacks yet requires detailed refinements — the minister said.

In his opinion, the EU no longer needs to create new structures — the Security Council of Europe proposed by Macron, for example. Rather, we need to “solve the issue” of EU Battlegroups, as the European Taxpayer won’t be willing  to further finance something that, for many years, has not been used — argued the Civic Platform politician. He also opted for the creation of an operational command within the EU.

Klich’s successor to the position of the head of the Ministry of Defense,Tomasz Siemoniak, stressed that Poland was the first within NATO to warn against the Russian threat, as the Alliance at the beginning of the decade was searching for work for itself, aware that the operation in Afghanistan - which began in the year 2001 - would soon end. – Putting forth the problem posed by the Russian threat as problem number one was our success — the former Defense Minister argued.

In Siemoniak’s opinion, the currently ending decade was successful if one takes into account the assurance of Poland’s safety – Of course, there is no doubt that it is not the case that one can worsen their position in the European Union, and that relations with NATO partners will be good. The vast majority of countries in the EU and NATO are the same countries. One cannot have good relations with Germany and France in NATO and bad relations with those countries in the European Union – Siemoniak observed.

Report from the conference from Rafał Lesiecki defence24.pl 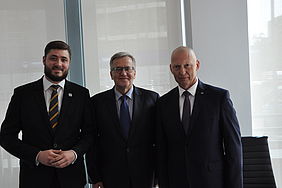 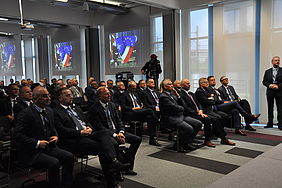 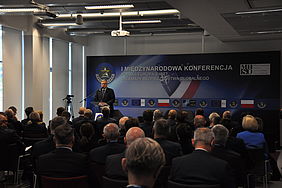 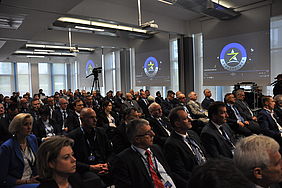 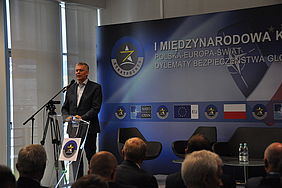 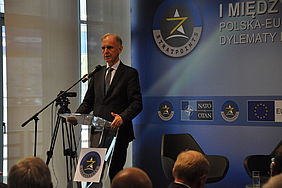 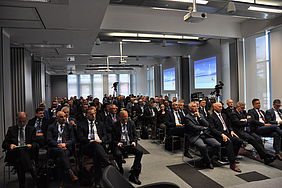 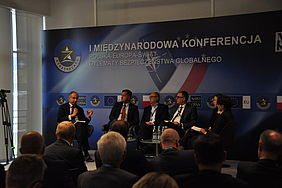 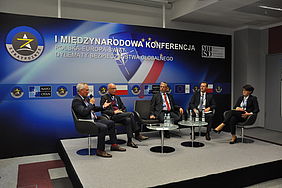 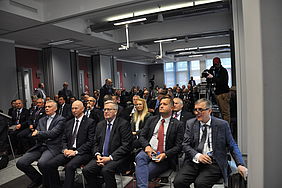